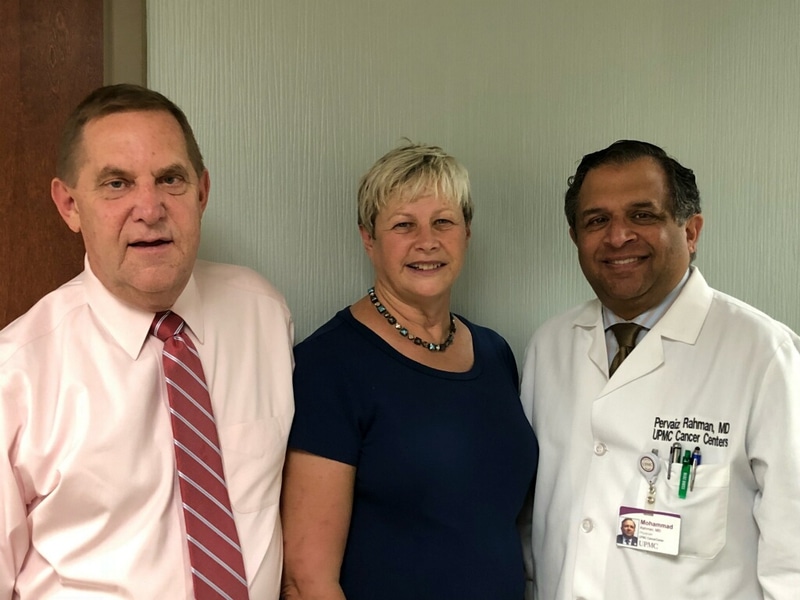 One of the most important factors in cancer treatment is a proper diet. Approximately five years ago, Dr Pervais Rahman, Medical Director for Medical Oncology, and his son Harris, began a project to serve community members.¬† Dr. Rahman noted that many patients were losing weight at a time where cancer treatments should not be impacting them.¬† At the same time, Harris needed to complete a community service project and wanted to make an impact on the community.¬† Combining both of their needs, they decided to assist patients for six months with their dietary needs.¬† They identified a dozen patients in the most need and working out of the lobby of the Tony Teramana Cancer Center, started the Cancer Dietary Initiative, a food pantry for Tony Teramana Cancer Patients. Donated items were provided on a monthly basis.

Presently, the Cancer Dietary Initiative, or more commonly referred to as CDI, has its own designation as a 501C3 non-profit organization.¬† Due to the overwhelming response, the program has continued and recently celebrated its five year anniversary.¬† Due to its growth, the pantry was relocated to the First Westminster Presbyterian Church in their former food pantry space.¬† After numerous requests, the board of directors decided to better serve community needs, and opened the pantry to all area cancer patients, regardless of their age or where they are receiving treatments, as long as a referral from a physician is received.¬† There are no financial limitations.

The third¬†Saturday¬†of every month, patients are given a supply of food items that they can prepare at home.¬† These patients have shown dramatic improvements in their recovery and the program continues to expand.¬† Many times, the patients are surprised to see that Dr Rahman and Dr Hyland are assisting with the distribution.

The CDI operates on donations ‚Äì both food and monetary, as well as grants.¬† Trinity Health Systems has conducted several food drives to assist the patients. The CDI can be contacted by calling¬†740-264-7543.