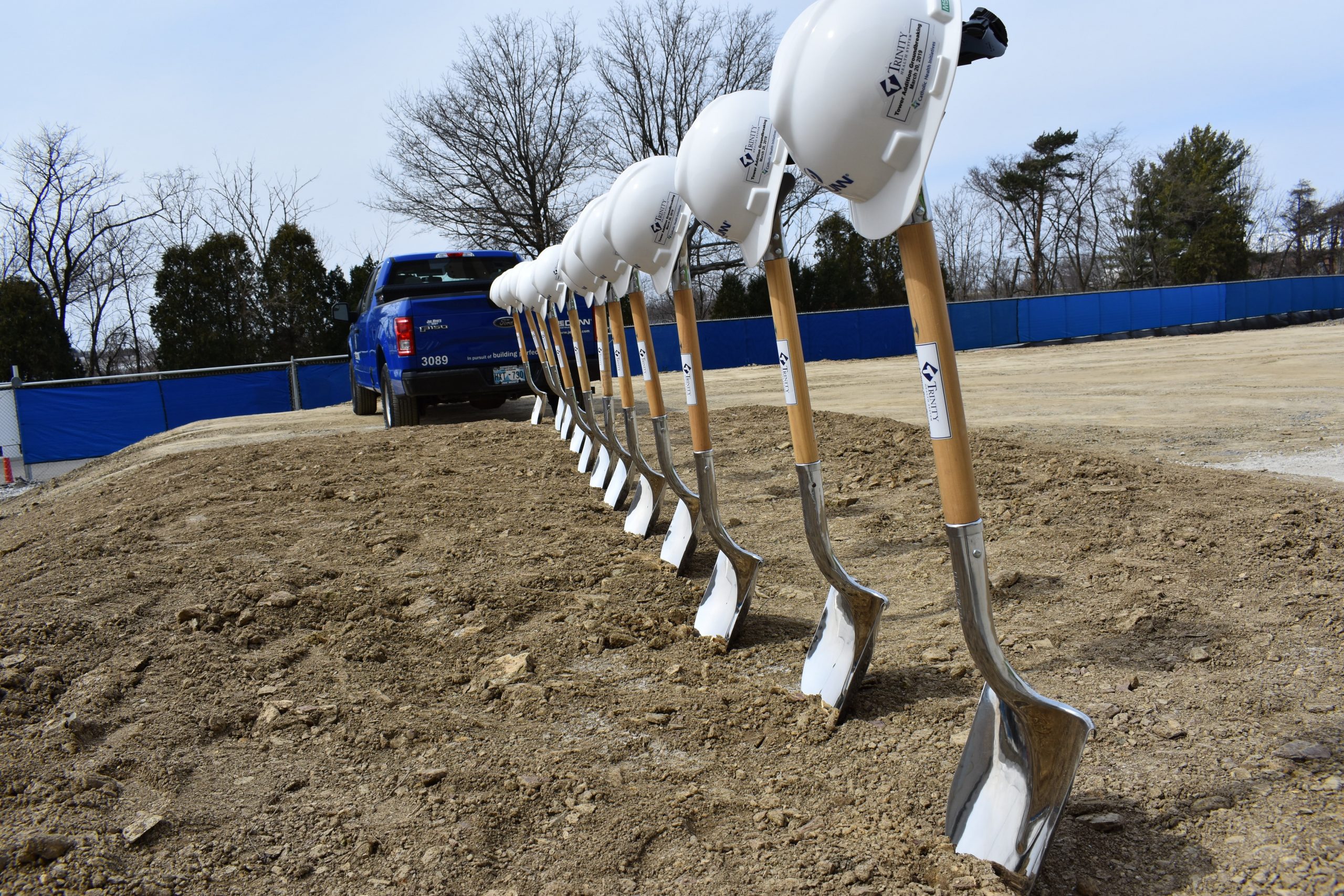 When it’s done two years from now, the five-story, 183,000-plus-square-foot space will feature more than 80 all-new private patient rooms with private baths and new public spaces, including a food court and atrium. It also means they’ll be able to move offices and services now based at Trinity Medical Center East onto the Trinity Medical Center West campus.

“It really is a leap of faith” Trinity CEO Matt Grimshaw said after the ceremonial groundbreaking. “But we believe we are uniquely positioned to make it happen and we also believe there’s some competitive positioning we can leverage.”

Grimshaw told the crowd gathered for the celebration the project is the culmination of a decades-old dream to consolidate the campuses of the former Ohio Valley and St. John hospitals.

“It has the potential to transform the health care landscape, not only for today but for generations to come” he said, calling it a “big deal, the culmination of a lot of work.” Mark Morelli, president of Trinity’s board of trustees, said they’ve been working on the multi-faceted plan since the two hospitals merged. “Today it’s finally starting to come to fruition” he said. “It’s been a long time coming, the last few months the delays have been agonizing” he said after the ceremony. “But I think it’s going to be good for our community. Our main (goal) is to have good health care for the community.”

Mayor Jerry Barilla called it “a great milestone in history, not just for Trinity Health System but also for the City of Steubenville and its growth” City Manager Jim Mavromatis said. “This will benefit the whole county, the whole valley.” Larry Schumacher, senior vice president for the Southeast Division of Catholic Health Initiatives, said the community needed the project, it’s needed it for years. “The time has come” he added. “(And) it gives us an opportunity to consolidate our two campuses, which will make health care more affordable and more efficient.”

Construction is expected to be completed in spring 2021. With the brick and mortar part of the project under way, THS Foundation Manager Catherine Poludniak said they’re kicking off a major capital campaign to ensure its loaded with the latest in innovative technology and state-of-the-art equipment. “We want the community to partner with us as we make a huge improvement to the Ohio Valley and reinvent health care for future generations” Poludniak said. “I truly believe this is something that will impact our community and our town for a lifetime.”

The Rev. James Dunfee, vicar general of the Diocese of Steubenville, offered a blessing for the site.