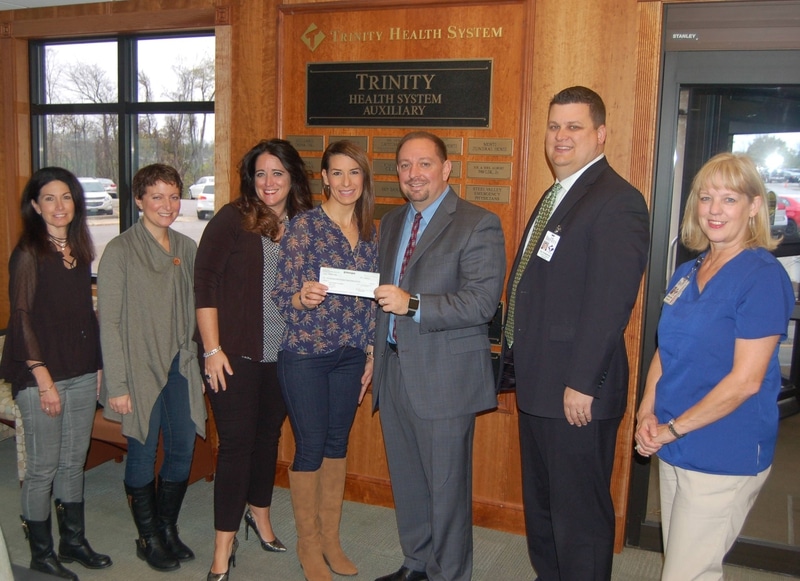 The Woman’s Advisory Board was created in 1922 by Mrs. A. B. Sharpe with sixteen other women from the community.¬† The original by-laws of the Board stated that, “The object of the Woman’s Advisory Board is to cooperate in every possible way with the Board of Trustees toward increasing the efficiency of the hospital and creating a general interest in its work, as well as its financial development, thereby advancing the standard of the hospital in the community.”¬† The fundraising and other activities of the Woman’s Advisory Board are still evident today.¬† According to Keith Murdock, Trinity Spokesman, “The Woman’s Advisory Board and its Twigs have been a great source of help and assistance for ninety-five years and Trinity would not be the regional healthcare provider it is today without them.¬† Times have changed tremendously since 1922.¬† Women are now much busier with work and family and cannot lend the support they once could.¬† We thank each and every member of this great organization.”

Murdock also recalled some of the projects and activities of the Twigs, “The Nimble Thimble Twig sewed the sheets, pillowcases and other linens for patient use.¬† The Heather Twig hosted the Gardenia Ball for many years which was one of the most prestigious social events each year.¬† The Mobile Medical Unit was purchased by the Woman’s Advisory Board and is still in use today through the Prime Time Center.¬† Programs of Social Service, housekeeping, the School of Nursing and several other much needed functions were also carried out by these women. The women in this community were the driving force of healthcare in the early 1900’s.”

Pictured at the check presentation (L to R):